Diversity and Inclusion in the Ames School District

Join us for conversation with Dr. Anthony Jones and Mr. Yonas Michael of the Ames Community School District as we explore Diversity and Inclusion for students, faculty and staff in public education.  For all programming this year, go to Calendar 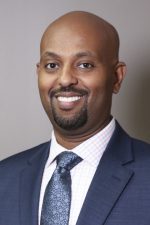 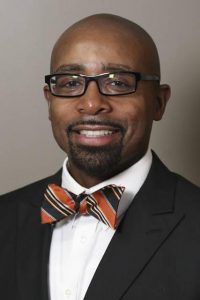 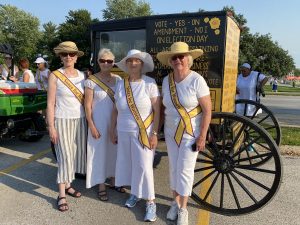 AAUW Iowa members joined other women’s organizations in the “Hard Won – Not Done.” entry in the Iowa State Fair Parade, Wednesday, August 11, 2021.  Wearing white clothing and replica “Votes for Women” sashes, the participants walked with a replica of a 1912 Woman Suffrage Wagon.  This was in (postponed due to COVID19) tribute to the 100th anniversary of  the 1920 ratification of the constitutional right for women’s vote The parade was live-broadcast on Iowa PBS and is available for viewing on their website.

Among the work to pass and then ratify the 19th Amendment to the Constitution granting most women the right to vote, women would often dress in white and wear sashes at rallies to draw attention to the need for equality of the vote. 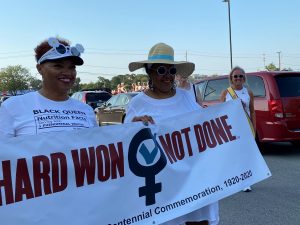 The banner was held by rotating carriers. 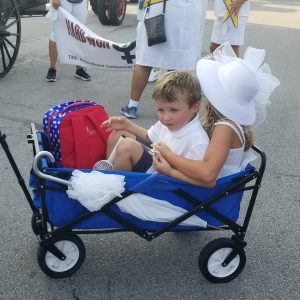 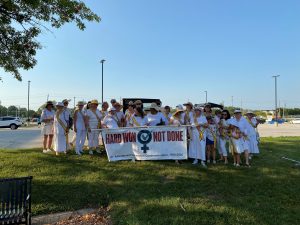 Assembled prior to the parade.

The U.S. Senate held two critical votes for our nation, advancing both the infrastructure bill and a budget resolution. But the work is not done. As women continue to bear a disproportionate burden of the ongoing health and economic crises, we must keep up the pressure to demand bold, responsive measures.  Tell Congress to ensure all workers have access to paid leave, child care and other critical infrastructure supports by including them in the final budget.

August 3 marks the date that Black women have to work into the new year to finally reach equal pay from the previous year.

Black women working full-time are only paid 63 cents for every dollar earned by white, non-Hispanic men, meaning it still takes over seven additional months to equal their counterpart’s pay for the previous year. And the compounding injustices of sexism and racism widen and reinforce this wage gap. At the current rate, Black women will not see equal pay with white men for over a century. That is another century of inequities and crises like the COVID-19 pandemic, where Black women have less economic security to sustain themselves. Another 100 years of inequality and injustice.

We need to update our laws to ensure all workers can take home a fair paycheck, and the Paycheck Fairness Act is one big piece of legislation aimed at just that. This past spring, the House of Representatives passed it with bipartisan support, but the U.S. Senate failed us in June. During a pandemic, with Black women doing essential jobs keeping our economy going but making less than men doing the same job, it is our duty to ensure paycheck fairness for all.

You must stand up for equal pay and ensure your senators hear you loud and clear. The AAUW Pay Equity Activist Toolkit provides guidance on contacting your senators, writing to your newspaper, and engaging in the conversation—all important actions where we need you. We must call on all elected officials to listen to voters, who overwhelming support pay equity, and work to pass this important bill. And it must happen now.

Join Us and Be Part of the 2021 Iowa State Fair Parade! 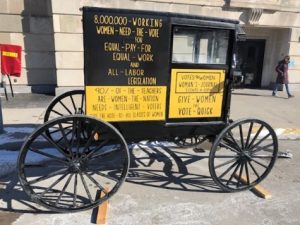 Parade Entry: Hard Won. Not Done. The Iowa  19th Amendment Centennial Commemoration Committee, along with the League of Women Voters, Nexus Executive Women’s Alliance and other supporting partners invite people of all ages to walk alongside a replica Suffrage Wagon. Original wagon housed at Smithsonian National Museum of American History.

Time: Parade begins at 6:15 PM Plan to arrive at Iowa State Capitol Complex staging area by 5 PM.* Parade officials will tell us our staging time and parade number about 1 week before parade.  This is Iowa’s largest parade with more than an estimated 50,000 spectators lined up  along the route.

Parade Route: The parade starts at the Iowa State Capitol Complex and  heads west on Grand Avenue to Pappajohn Sculpture Park. The 1.7-mile parade route is mostly flat. Walkers need to arrange transportation back to their vehicles. Vehicles are not allowed inside parade staging area.

Parade Attire: Please wear all white in tribute to the suffragists who worked 70 years for the passage of  the 19th Amendment. Comfortable walking shoes a must!

Learn more about parade and suffrage 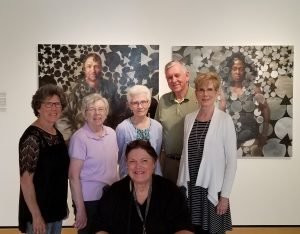 The following officers were elected or appointed this spring to serve the branch this year.

The Good Readers Book Group has selected nine titles which will be discussed during monthly gatherings beginning in September 2021 through May 2022. The schedule is posted at this link: Good Readers Schedule 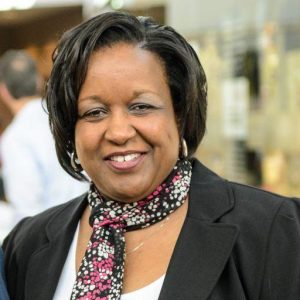 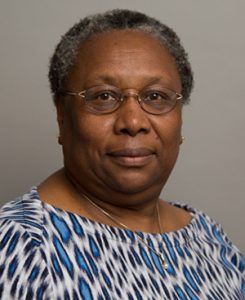 Dr Connie Hargrave is the newly named associate dean for the College of Engineering and previously was on faculty in the Dept of Curriculum and Instruction, College of Education and Director of ISU Science Bound which focuses on preparing students of color. Much of her teaching and research focused on using technology to develop STEM knowledge in K-12 students.

Dr Barbara Woods is Special Projects Manager for ISU Human Sciences Extension and Outreach and adjunct assistant professor in Human Development and Family Studies. She was among 12 women featured in the 2018 Women Impacting ISU calendar. 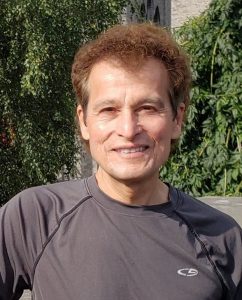 Dr Belitsos is Founder and Board Chair, Iowa Network Against Human Trafficking and Slavery and (Retired) Founder and CEO of Youth and Shelter Services of Iowa. Dr Belitsos also serves on the board of directors of the International Rotary Action Group Against Slavery.

Join us to learn more.

March 24th marks the date that women have to work into 2021 to finally reach the pay men took home in 2020 alone.

We’ve long known that on average, women who work full-time take home less than men – about 82 cents on the dollar – and that many women of color are paid far less. But the COVID-19 pandemic is revealing and exacerbating those economic inequalities.

This time of crisis has made it very clear: A lifetime of pay discrimination adds up. The gender wage gap is dangerous and it continues to hurt our nation’s workers and our national economy.

This Equal Pay Day it is more important than ever that Congress do their job to update and strengthen the Equal Pay Act of 1963 by passing the Paycheck Fairness Act. This bill would take meaningful steps to help close the gender pay gap. Here is where you come in. AAUW’s Paycheck Fairness Act Toolkit outlines critical ways you can do your part to fight for equal pay:

The time to act is now. The Paycheck Fairness Act – which passed the U.S. House in 2020 – is being considered again now. Last week, the U.S. House of Representatives Committee on Education and Labor held a hearing on it. Congress must now move this bill forward to ensure all women have the tools they need to challenge discrimination and all employers have the incentives they need to comply with the law. To make equality a reality, we need you. 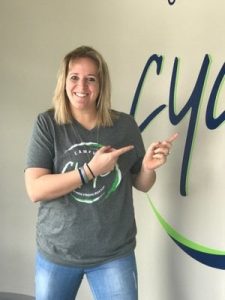 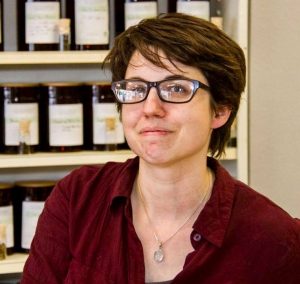 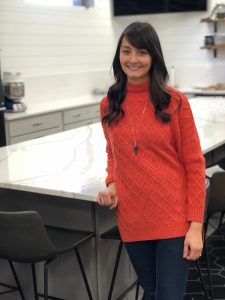 Our Women’s History Month program is “The Impact of COVID on Women-Owned Businesses.” Join us to hear Lyndsey Fennelly of Campus Cycle, Kristin Roach of Little Woods, and Mindy Bergstrom from Cooks Emporium and Nook & Nest! 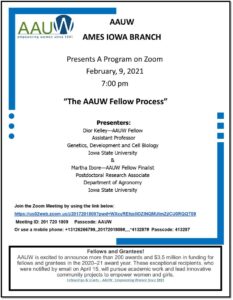 The mob used hateful language and displayed symbols of white supremacy as they forced their way into the hallowed halls of Congress. We mourn the loss of the five individuals killed in the attack, including Capitol Police Officer Brian Sicknick, and the many others hurt.

And, as we collectively work to understand the roots of our nation’s divisions, we ask you to actively engage in efforts to defeat white supremacy: Please review our new Diversity, Equity and Inclusion toolkit and plan to attend our town hall webinar on Tuesday, January 19 at 4 p.m. ET with AAUW Board Chair Julia Brown and the Racial and Social Justice Working Group. 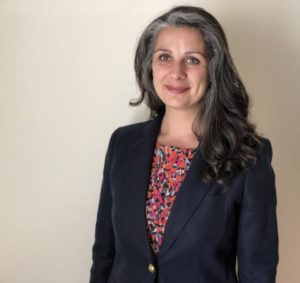 The Sloss Center for Women and Gender Studies administers AAUW Smart Start, a program from AAUW focusing on providing college students with the knowledge and negotiating skills necessary to receive fair and realistic compensation when entering the job market. Dr Looft will share ISU’s experience. 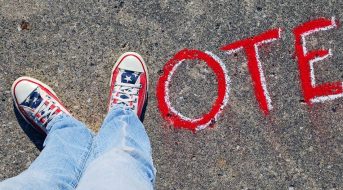 Presented by a Collaboration of  AAUW Ames and  League of Women Voters – Ames/Story County via Webex : 2020 Story County Candidate Forums

19 Facts About the 19th Amendment on its 100th Anniversary

The following is a statement from AAUW CEO Kimberly Churches,  June 1, 2020

AAUW joins the country in mourning the losses of George Floyd, Ahmaud Arbery, Breonna Taylor and countless other people of color who have been unjustly killed across our nation. Our country needs healing. But healing will only come with justice. As an organization we condemn racism.

Systemic racism is firmly rooted in the U.S. and today’s injustices mirror our shameful history — from police brutality to the disproportionate impact of COVID-19 on communities of color. There can be no justice or equality when Black and Brown communities are seen as less deserving of basic human and civil rights.

On behalf of our 170,000 members and supporters, we commit to fighting for justice, long-term and lasting change, and we stand in solidarity against racism. We also acknowledge that as an organization we have our own work to do.

And, as a member of the Leadership Conference on Civil and Human Rights, we will work to advance the policies and systemic changes identified in the New Era of Public Safety: A Guide to Fair, Safe, and Effective Community Policing and Vision for Justice platform.

I have impostor syndrome 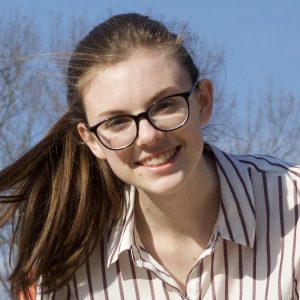